Once upon a time, I fell in love with a beautiful Cavalier King Charles Spaniel puppy named Barkley. His wonderful breeder Keith also bred English Toy Spaniels or ETS, a close cousin to Cavaliers.  I got to visit Barkley a few times before he was able to come home, and each time, this really silly young ETS would romp and play and tackle the other dogs.  She was a typical "teenager" dog, all legs and brattiness and nonstop energy.  I laughed at her antics and Keith said "oh, that's Sweet Pea, she's really silly."

A few weeks after Barkley came home with me, I decided to get him a friend. Not wanting to raise two puppies at once, I reached out to his breeder to see if he had any young adult Cavaliers available.  He said he had two beautiful girls, and to come over to meet them.

The grownup Cavalier ladies were unimpressed with Barkley's puppy antics despite his relentless efforts to engage them in silliness.  During this visit, the little ETS Sweet Pea kept begging me for attention.  She was so funny, with eyes bigger than her entire body and a comical expression, and she just wouldn't stop visiting with me and jumping into my lap.

"Why don't you just take her?" Keith asked.

"But I want another Cavalier," I replied.

"Just take her home for a week, it will do her a world of good, you can bring her back next week and we'll try again with the Cavaliers."

Of course, she never went back to him!  I fell in love with her infinite goofiness, and because Barkley had lived with her from birth until I brought him home, he adored her, no matter how many times she would ambush him for a good wrestling match.  She was such a little pirate that I listed her as BlueTide Anne Bonny on her AKC registration.


"Sweeps", as her friends called her, never stopped entertaining people with her naughtiness.  She only ever weighed between seven and eight pounds.  She was small but mighty.

As an adventurous woman who loves the outdoors, I wanted to camp and kayak but I didn't want to leave my dogs behind.  I soon learned that Sweeps was fearless and ready to try anything.

Barkley absolutely adored his little "big sister" and she really took advantage of him.  They got to enjoy an afternoon at a dog park for Barkley's first birthday and her gift to him was to try to bury him!
There was only one thing that terrified my wild child.  She was SCARED OF SANTA!!!


Sweeps was quite the traveler. She got to live in the U.S. Virgin Islands and Hawai'i, where her kayaking adventures continued. After two years of island life, I decided to move back to Florida.  I shipped my car from Hawai'i to California with the intention of taking a road trip across the USA.

That journey turned out to be a huge hassle, because I could never leave the dogs in the car to go into a restaurant or grocery store, and I ended up eating way too many drive-through meals.  Every night  I'd have to move everything plus dogs from car to a motel room then back again into the car the next morning.

The trip made me decide that I would buy a motorhome for the dogs.  I could turn on the generator and air or heat and leave them in the motorhome while I got food or other supplies in non-dog-friendly establishments, and I wouldn't have to pack and unpack every day.

Sadly, Princess Sweet Pea passed away not long after returning to Florida.  Barkley was absolutely devastated by the loss of his sissy, so friends helped me rescue a buddy for him. "Redford," sprung from a kill shelter in Los Angeles, is a cutie patootie who is most likely a Cavalier/Dachshund mix.

I'd retired early and a motorhome wasn't really in the budget, but the dream stayed alive. When a large corporation offered me a good paying customer service position, I accepted it.  My plan was to buy the RV, pay it off, then quit.  I spent many hours each week pouring over used RV ads looking for just the right Class B+, which I thought would be perfect for us.  I found many that I liked but none was "the one".

One evening while doing my usual B+ search, a small Class A popped up in the results.  I'd never thought of getting one because they are usually so large, but this one was only 27' long.  It was the perfect size, and I never knew it existed!

Of course, once I saw the photo I knew it was the right motorhome for me and the boys...it looks just like Sweet Pea!

You can guess what happened next! I placed a hold on the motorhome over the phone and purchased it the following weekend.  Of course it is named in Sweet Pea's memory.  A photo of her in her life jacket hangs prominently next to the door, and there are other mementoes throughout the motorhome.

My wee Pirate Princess would have loved the RV life.  It's great for dogs.  No matter where you park, their beds, their bowls, their treats, their leashes, everything is in the same place.  From Key Largo to Yellowstone, they are always "home".

Thanks for reading about my precious little doggy in Heaven, and about the naming of my home on wheels.  Consider subscribing to get e-mail updates of new posts from the box on the upper right of this blog, and "like" my Facebook page.  Feel free to comment, and to share with friends.  I leave you with some final images, digital creations by friends of the most adventurous and well-loved toy spaniel.

Uppity Workamper with a Fancy Motorhome...or, what this blog was almost called!

I'm on my second season of Amazon Camperforce, this year in Campbellsville, Kentucky.  We work ten hour shifts, which is a long time to leave your dog alone. Swapping dog walking with people on other shifts is common.  I'm on night shift and when I arrived, I found a day shift person to walk my dogs at night, while I walked his dog mid-day.

Imagine my dismay when I arrived home at 4:15 on a Sunday morning to find my motorhome in total disarray!  Cigarette butts, beer bottles and caps, and a lighter were on the floor.  I found a shot glass in my bedroom.  Most of a just-opened 3 liter box of Merlot was gone, although quite a bit of it was spilled on my floor, counter, and table.  A blanket had been shoved into my dogs' crate.  I received a text saying "left beer and cider for you in the 'frig!  Enjoy!" but there was no beer or cider to be found...bottom line, my dog walker invited strangers into my home and threw a party, and was too careless to clean up afterwards, thereby getting caught!

As it was 4:15 a.m. when I found the destruction, I didn't want to go to the van dweller's campsite and beat him senseless, because it would have woken up the day shift people.  Isn't that considerate of me?  LOL!  Also, I am non-violent so while I contemplated clubbing him on the head, instead I texted him that he needed to find other arrangements for his dog and that my key was now hidden.

His reaction was to text back that I am "just another uppity workamper with a fancy motorhome."   I found that so amusing that I decided on the spot that I needed to start blogging with blog title "Uppity Workamper with a Fancy Motorhome" because it's so catchy that I thought everyone would follow it.

Cutting him off was actually the worst thing I could do to him because from then on, he had to pay someone to walk his dog...the story spread throughout the campground and nobody else would barter dog walking with him...and because he has one of the neediest desires to be liked that I have ever seen in my life.  Just my act of not liking him caused him great pain.  He continued to send a series of (unanswered) late night texts over the next couple of weeks about what a big meanie I am for not forgiving him.

Did I mention that this in-DUH-vidual is in his forties?  This is not a teenager....

The worst thing was drinking my wine before I arrived home in the wee hours of the morning in a dry county on a Sunday...thereby ensuring that the only way to replace it was to wait until that afternoon and drive half an hour to the next county!  He promised to replace it on payday...that was months ago and of course he never did.

Not to worry, Barkley and Redford immediately found more responsible dog walkers!  Because we are on opposite shifts, I joke with them...via PM of course...that I know their dogs and not them!

In the end, I decided the blog title should be "The Adventures of Sweet Pea the RV", and my next post will explain why.  But wouldn't you love to follow a blog entitled "Uppity Workamper with a Fancy Motorhome?"  Sounds like a SNL sketch.

I am actually laughing at this as I type, and I hope you are laughing as you read it.  There was no permanent harm done, except maybe to my trust of a certain individual.  I don't think I'm very uppity, although your mileage may vary, and I drive a very small ten  year old motorhome, so it's not very fancy, but I am indeed a workamper and this blog is intended to entertain you over the coming months and years with my adventures and mishaps as an RVing migrant worker.  Friends have been begging me to blog since I went full-time in my RV April 2015, and I dug in my heels and said NO!!!  But I'm about to head out West for big adventures and that's REALLY what this blog is all about.  Thank you for reading and laughing along with me!  Feel free to subscribe from the box at the upper right of the page, please like our Facebook page, and share with friends. 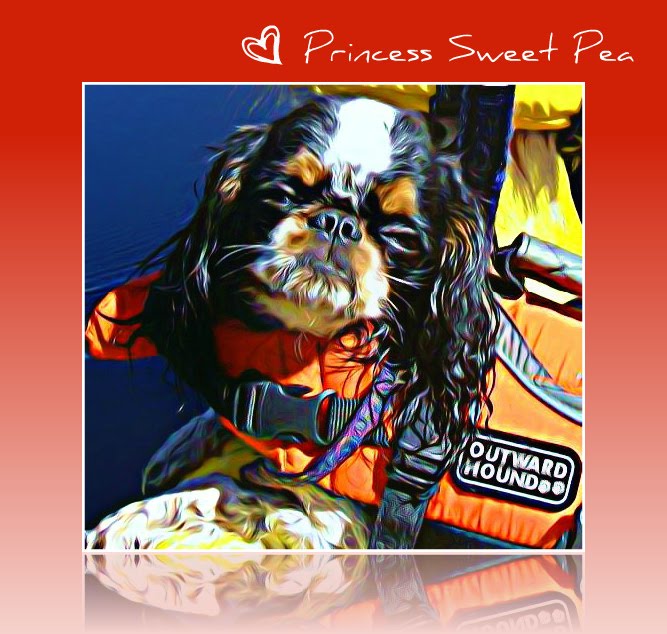